Nina of Arabia – A Present for 80 Libraries

09-May-2018
Ana and Vlade Divac Foundation, in cooperation with Marina Bulatović Barny, author of the novel Nina of Arabia, made a donation to 80 city and high school libraries in Kosovo and throughout Serbia.

The novel Nina of Arabia was distributed in late April and the author’s hope is that the message of the book – that different peoples and cultures need to get to know one other in order to become close – will reach a large readership. The novel is a reflection of Marina’s need to record her experiences gained in the decade she lived in Saudi Arabia. In a critical and yet humorous manner, she described the life in this controversial kingdom, where she had lived until the summer of 2016, as one of the rare women from our country. Marina now lives and works in Canada.

Nina of Arabia is the first novel to be presented to the public in Serbia through viral videos – excerpts from the book are read by well-known Serbian actors: Ljiljana Blagojević, Neda Arnerić, Iva Štrljić i Nenad Nenadović, with English subtitles, and are thus available to everybody. 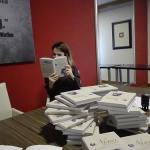 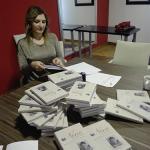 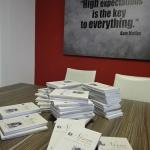 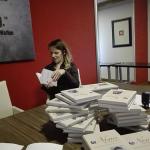 Comments Off on Nina of Arabia – A Present for 80 Libraries