Thespian stars Ljiljana Blagojević, Neda Arnerić, Iva Štrljić and Nenad Nenadović have recently ventured into entirely novel roles. These artists employed their talents in original, short videos made to present the flavor of the novel Nina of Arabia. Thus, Nina of Arabia became the first novel in Serbia that is presented to the public through viral, “living” and widely available excerpts read by acclaimed actors.

The author Marina Bulatovic Barny said: “We live in a time when it’s impossible to ignore the power of the internet and social networks. Even presidential candidates all over the world fight their battles in social networks. I decided to use five video clips to reach a wider readership and enable them to feel the atmosphere and energy of my book quickly and easily and then decide whether they want to read it or not. On the average, large publishers in Serbia launch one new book every day. In such hyper-production, it is difficult to separate the wheat from the chaff. This is why I chose an entirely different and more creative way to introduce my novel to the readers.” 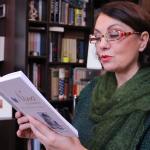 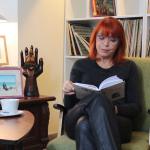 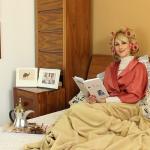 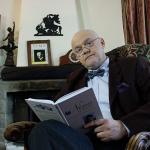 Comments Off on Star Actors in the Literary Viral World