01-Apr-2011
Under the auspices of Prof. Dr. Slavica Djukić-Dejanović, Speaker of the National Assembly of the Republic of Serbia, within the project “Successful Women of Serbia” which was organized by the Club of Economic Journalists, the event “Business Woman of Serbia“ was held in the Serbian Parliament in Belgrade. Marina Bulatović (PR consultant and journalist) received the award for a project about Saudi Arabia.

Winners of the “Business Woman” award have demonstrated their achievements in all spheres and are recognized for their participation in various projects, as well as for their project organization and realization.

Since September 2007, Marina has lived in Saudi Arabia, a little-known country in Serbia despite its international importance. In fact, this country is very often mentioned with prejudices. Marina believes that prejudice is a major obstacle in personal relationships, in communication, and in business.

Through her personal commitment and professional expertise in the field of communication and public relations, she decided to introduce the countries to each other and, as much as possible, bring Serbia and Saudi Arabia closer together, as well as Montenegro and Saudi Arabia.

Since 2008, Marina has written a regular column, “From the Arabian Gulf,” in Business Magazine. In addition, she has published more than 250 articles in leading newspapers and magazines in Serbia and Montenegro on culture, tradition, architecture, economy and daily life in Saudi Arabia.

Together with her husband, Budislav Bulatović, she organized a photography exhibition, “Saudi Arabia Through My Lens” in Belgrade, Serbia. The exhibition was visited by some 30,000 people.

Marina’s initiative will be remembered as the first important step when official state cooperation between Serbia and Saudi Arabia, and Montenegro and Saudi Arabia is established. 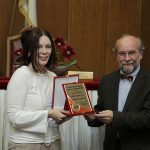 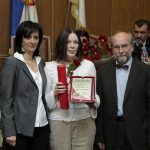 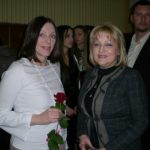 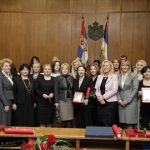 Comments Off on Business Women of Serbia