As long as there is one single person on the planet who thinks of Edison and not Tesla whenever they turn on a light in their house, our work is not done. This is the message from the Diaspora hard at work promoting Tesla’s spirit and work!

Yesterday the bust of Nikola Tesla by sculptor Bojan Mikulić from Banja Luka was delivered to the management of the New Yorker Hotel in Manhattan.

The bust will be formally unveiled on January 10, 2015, and will stand in the Hotel’s central lobby. The Tesla Conference will be held the same day with the goal of Tesla finally becoming part of America’s school curriculum.

Yesterday the bust was received in the Hotel’s name by Joe Kinney, one of the managers and a great admirer of our scientist and his work. Tesla lived in the New Yorker Hotel from 1933 until his death there on Orthodox Christmas, January 7, 1943.

The delivery of the bust as well as the Conference and gala dinner in January next year are being organized by Nikola Lončar, President of the Tesla Science Foundation in Philadelphia,, Marina Švabić, Sam Mason, Zvezdana Scatt, Miloš Rastović, Dr. Ljubo Vujović, Serbia’s General Consul in New York, Mirjana Živković with her associates and Father Đokan Majstorović from the Church of St. Sava in New York.

“Around 30 different experts from this field will take part in the program, which we consider the most important thing that the Diaspora can and should do for Tesla. Without Tesla in America’s school curriculum, the world will never know the real truth – what Tesla did for mankind,” said Nikola Lončar, adding: “To date we have presented Nikola Tesla’s bust to the American Embassy in Belgrade, the towns of Leskovac and Banja Luka, the Franklin Institute in Philadelphia, the New Yorker Hotel and the town of Rockaway, New Jersey. We have three more busts and are looking for good places for them. We are in the process of making Tesla’s high-relief that will be cast in bronze and presented to the first 100 schools in America that put Tesla in their curriculum, and every school that is given the name “Nikola Tesla” will receive Tesla’s bust. It is a very ambitious project, but this is the only way for Tesla to enter America’s school curriculum. The experts will say more about this on January 10.”

Invitation to participate in the Tesla Conference, January 10, 2015

All interested parties are invited to take part in the Conference and present papers on this topic.

Tesla’s entry into the school curriculum is designed to be a combination of science and art – bringing Tesla’s science and philosophy to young people in an interesting and lively way.

Tesla is a motivating force for many people and the primary goal of our program is to motivate young people. We want them to understand how much more the world would progress if Tesla’s technology was applied and his initiated ideas were carried out.

We will also organize an exhibition about Nikola Tesla at the Conference in conjunction with the Nikola Tesla Museum in Belgrade.

The best papers and lecturers will be presented the “Tesla Spirit Award” and the Award of the President of the Tesla Science Foundation at the gala banquet held that same evening along with special entertainment. 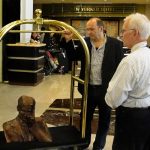 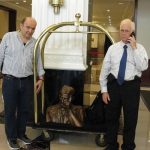 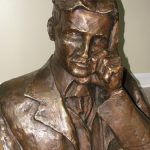 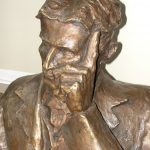 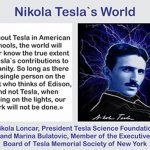 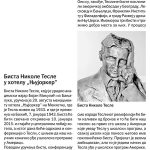 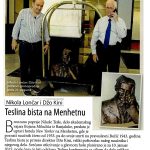 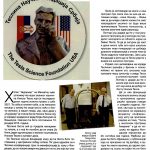 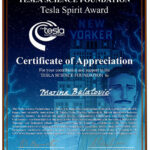 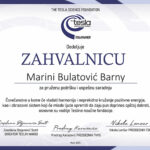