Dinner for the Zivic Brothers

Tesla’s friends were a colorful crowd: writers, artists, famous boxers, a doctor of psychology, a couple of “moderate” crooks, all of them originating from the same region of what would later become Yugoslavia. They were all immigrants, who had, like Tesla himself, found their new home in America.

It is known that Tesla was primarily devoted to his scientific, inventive work, and that he spent most of his time in the laboratory. However, the great scientist was not a solitary eccentric.  He managed to find time to socialize. Who were the people who belonged to his circle of friends?  His letters are kept in the Nikola Tesla Museum in Belgrade. On the basis of this correspondence, archivist Milica Kesler and curator Ivana Zoric revealed this aspect of Tesla’s life.
Thanks to their research it is now known that Tesla’s friends were Americans, as well as those originating from the Balkan region, immigrants who, like Tesla himself, had found their new home in the “promised land”.

There is not a lot of information about Tesla’s childhood friends or his adolescent years. Based on the correspondence and faded photographs, Kesler and Zoric concluded it is most probable that the photos are of Tesla’s classmates. Mujo Medic and Antun Zoric, for example, wrote Tesla letters, many years after in their old age, recalling their youth and school years, but also their time spent at the billiard table. The famous Serbian poet Laza Kostic met Tesla in Budapest in 1892, and their rich correspondence reveals Kostic’s attempt to introduce the lonesome scientist to a girl. Moody Laza Kostic did not reveal the name of the girl.  He simply praised her beauty and her family.

Tesla socialized with one unusual couple. No doubt Dusan Lazarovic-Hrebeljanovic was not a descendant of Prince Lazar, as he used to present himself, but that didn’t prevent him or his wife Eleonora from gaining the trust and affection of Nikola Tesla. Although Tesla received letters from friends warning him that Dusan was a fraud who took advantage of the fact that his mother’s maiden name was Lazarovic to declare himself a man of noble origin, Tesla would not change his mind. The museum holds a great number of letters that this couple sent to Tesla.

Among Tesla’s unusual friends were boxers from Pittsburg: the five Zivic brothers who socialized with Tesla in 1941 and 1942. From the telegraph messages that he sent them it is obvious that he was interested in boxing. He even provided advice related to fitness and conditioning training for Fritz Zivic, who was at the time world champion in the welterweight category. In addition, one of the other brothers, Jack Zivic, an ambitious inventor, consulted Tesla about his invention which he believed would be very useful in saving electricity. A check has been preserved with the title: “dinner for Zivic brothers” — with it Tesla paid for dinner at the New Yorker Hotel to celebrate Fritz Zivic’s victory over Henry Armstrong.

Many famous artists who visited America wanted to meet Tesla. Nikola Tesla met Ivan Mestrovic, a famous sculptor and architect, in 1924. The most amusing detail about this friendship is that Tesla was interested, for the only time in his life, in commissioning a bust of himself. Therefore, he wrote to Mestrovic:

“For our descendants and the Slavic race I want to have my sculpture done by the miraculous hands of Ivan Mestrovic  … I do not have cash yet … My face is still smooth, my eyes are bright and I am still not bald. Everyone would like your work to be exhibited here. Please let me know your intentions. Your admirer, Nikola Tesla.” A few days later an answer came from Mestrovic: “With great pleasure I would like to fulfill your wish. A commission isn’t necessary. I have commitments in Europe with my contracts, therefore I cannot come there. Is it possible for you to come and visit me in Split? Even if you do not send your photos, I remember you extremely well. Regards from Mestrovic.” The sculpture initiated by this correspondence was made in 1952. It was based on photographs and is now on display in the Nikola Tesla Museum in Belgrade.

Dr. Paja Radosavljevic, one of the founders of experimental psychology, was Tesla’s most sincere friend and the only one with whom he maintained a close relationship. In Tesla’s later years he became a sort of protector from unwanted visitors. A large number of Serbian expatriates came to Tesla through Radosavljevic. He also informed Tesla about events in their homeland and about happenings among the disunited Serbian immigrants. 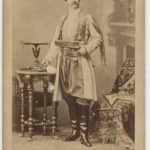 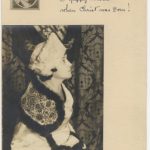 Comments Off on Tesla’s Letters in Belgrade Museum