A Successful Project from the Diaspora

Nikola Tesla’s birthday is declared the official Day of Science in Serbia. This was decided at the Government session on August 26, 2010.
Deputy Prime Minister for European Integration and Minister of Science and Technological Development Bozidar Djelic said at the session that the Ministry of Science and Technology had proposed that July 10 become the annual Day of Science in Serbia. He added that during the Croatian President’s official visit to Serbia, Serbian President Boris Tadic put forward a proposal to Croatia to work together on July 10 becoming a global Day of Science. The minister added that talks about the proposal started with the United States, where Tesla spent most of his life.

This project was initiated back in 2002. The initiator was the Nikola Tesla Memorial Association of New York together with their sister organization in Australia called Tesla Forum. Their wish is that Tesla’s birthday –July 10 –be declared the Day of Science, Progress and Peace among all nations and religions of the world. Over the past eight years they collected a large number of documents available at the website of the Association: www.teslasociety.com

However, it was only after January 2010 when the Secretary General of the New York branch of the Tesla Memorial, Dr. Ljubo Vujovic, met Marina Bulatovic, a PR consultant and journalist, that things started moving. “Press releases were sent and letters were written to the Government of Serbia and the Serbian Ministry of Science. A large number of media published our request. This media support was crucial and initiated action, otherwise we would not have been successful. Soon enough, Mr. Dragan Milanovic, a politicologist, contacted us after sending his proposal on April 20, 2010 to the Croatian Government to declare July 10 a global Day of Science. In his proposal Mr. Milanovic mentions our New York Statement. It made us very happy,” said Marina Bulatovic, who has lived in Saudi Arabia since 2007. She also added: “We sent the same proposal to the President of Montenegro, Mr. Filip Vujanovic, to declare July 10 a Day of Science in Montenegro. Nikola Tesla was awarded the Order of Danilo I by Montenegrin Prince Nikola back in 1895.”

Marina Bulatovic has published a great number of articles in Serbia, Montenegro and Canada about the life and work of Nikola Tesla.

“Your hatred, if turned into electricity, could illuminate cities and towns,” Tesla told the Serbs and Croats before the Second World War. 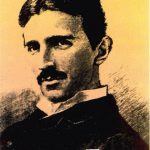 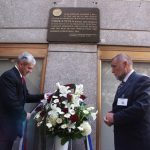 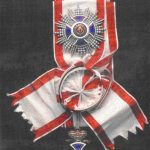 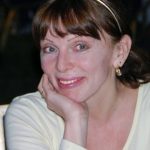 Comments Off on A Successful Project from the Diaspora