Exhibition “Saudi Arabia Through My Lens” in Montenegro

07-Jun-2010
On Monday, June 7, 2010, at 8pm, the Gallery Center in Podgorica, the capital of Montenegro, hosted the opening ceremony of an exhibition of photographs by Budislav Bulatović – “Saudi Arabia Through My Lens.” Motivated by his hope to bring the tradition and culture of the two nations closer together and to enhance mutual understanding, the photographer presented an exhibition portraying traditional Saudi Arabia, its culture and customs to the Montenegrin public. The exhibition will run until the June 17, 2010.

The sponsors of the exhibition, Filip Vujanović, President of Montenegro, and Branislav Mićunović, Minister of Culture, Sport and Media of Montenegro, were present at the opening ceremony.

The idea for this project came from Marina Bulatović, PR consultant and journalist, who lives with her husband, Budislav, in Saudi Arabia.

“Although Saudi Arabia is now a modern country that rapidly modernized after the discovery of oil, they have made significant efforts to preserve their heritage and tradition in every aspect – in architecture, art, style of clothing and everyday life. Very few people from Montenegro and the former Yugoslavia live and work in Saudi Arabia. We wanted to share our knowledge and experience with the public in Podgorica. The exhibition displayed 40 original photographs that portray the new and exotic world of Saudi Arabia. A picture is worth a thousand words,” said Marina.

The photographs show people at festivals, in cafes, and on the street. They feature craftsmen and dancers, old fortresses along with modern buildings made of steel and glass. Also included are traditional Saudi doors, dates, fishing boats, and Arabian coffee pots.

“We had recently organized a similar photography exhibition, ’Saudi Arabia Through My Lens’ in Belgrade that ran from September 30 until November 15 last year. The exhibition was visited by approximately 30,000 people. More than 50 media from Saudi Arabia, Kuwait, Canada and Serbia wrote about the exhibition. Our experience showed us that a time would come when there would be less talk about the differences, and instead more focus on the similarities between countries, religions and people, laying a new foundation for a prettier and happier future on earth. Thanks to these types of cultural exchanges and cooperation, we can come to know various countries and nations we know little about and thus reduce the bias that we have toward each other,” explained Marina Bulatović.

Since October 2007, the Bulatovićs have been living in Jubail Industrial City in Saudi Arabia. Budislav is a civil engineer with Bechtel Corporation, working closely with the Royal Commission. Born in Montenegro, photography has been his hobby from an early age. Marina is a journalist and a correspondent for daily newspapers and magazines in Montenegro, Serbia and Canada. She was born in Serbia. 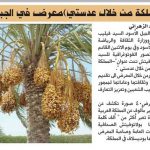 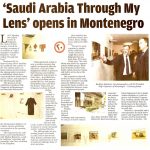 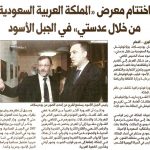 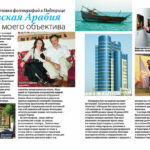 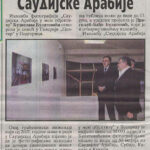 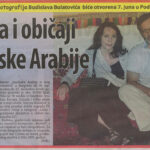 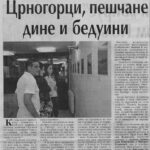 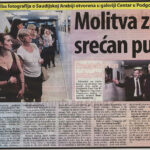 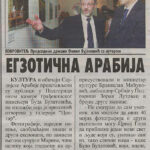 Comments Off on Exhibition “Saudi Arabia Through My Lens” in Montenegro