Nikola Tesla remains to this day a man of mystery. His inventions and scientific achievements are once again being rediscovered, and he has become an inspiration for artists all over the world: from film-makers to writers, journalists and painters. However, little is known about his fashion sense, so describing his style is extremely difficult. In an attempt to discover “Tesla style” we sought help from Milica Kesler, an archivist at the Museum of Nikola Tesla in Belgrade. This is what she said for “Ona” magazine:

“From looking at the photos, it is obvious that Tesla did pay a lot of attention to his appearance, yet at the same time one cannot help but have the impression that he had his own style and did not care much for contemporary fashion trends. Examining what was saved from the contents of his wardrobe he was obviously very fond of hats. Here in the Museum we have a large collection of his hats: top hats, bowlers, straw hats – he wore them all on different occasions. He also liked to wear suits, silk and cotton shirts, and ties of all colors. On more formal occasions he wore bow ties. His dress was typical of late 19th century Europe. Tesla tended to be a minimalist. He did not like ornamentation; he never wore jewelry, so the impression is that he did not aspire to present himself as glamorous. His cufflinks and collar buttons were very discreet. Importance was given to the fine fabrics from which his garments were made.”

Tesla had his own personal tailor. Most of his suits were made by James W. Bell, Son & Co. Some of his suit labels still bear the production date and his name: Tesla.

Tesla’s suits were made of woolen fabrics, with a silk or cotton lining. The suits consisted of three parts: a notched lapel jacket with three buttons, a waistcoat and trousers. He was most imaginative when it came to waistcoats. The museum’s collection contains a variety of his waistcoats, some with pointy finishing lines, or a circular finish. His shirts, which were mostly silk and cotton, were made at “Macy and Co”. His shirtfronts were usually pleated. Along with white and beige shirts, Tesla wore checkered shirts and striped shirts; the stripes were usually green, purple, yellow or pink and blue.

Tesla’s shoes were made at “James Moore”. Their design consisted of a slightly pointed low heel in leather, mostly in black or brown, but occasionally green. Sometimes he wore suede shoes, but all of his shoes had laces. Each pair of shoes was provided with a set of shoe-trees for their proper care.

The Museum contains 439 textile or leather personal garments belonging to Nikola Tesla. Most of this collection is made up of ties—75 of them—mainly silk, with incredible colors and designs: from dark with stripes, to purple or green with beige flowers, or polka dots. Also in the collection are 72 pairs of socks: summer socks, winter socks, woolen, silk, brown, black, purple; as well as many shirts and night-shirts, with soft and hard wire-collars that were placed under the shirt collar.

Interestingly, every single one of Tesla’s garments bore his initials. He lived in hotels, and the hotel bills that are kept in the museum indicate that his clothes were washed by the hotel laundry services. This was why he wrote initials even on his socks. The Museum in Belgrade is trying to preserve Tesla’s garments in special conditions. Every year a few of the garments are attended to by conservation experts. Due to huge public interest, there is a plan to exhibit some of them.

Tesla was very intriguing and interesting to journalists. Many magazines portrayed Tesla’s likeness. It is worthwhile mentioning his only visit to Belgrade, on June 2, 1892, and the impact he made. “Branik” magazine (June 9, 1892) writes: “Tesla is a handsome gentleman, dark-haired, with a small, thin mustache, high forehead, bright, young-looking, very pleasant and likeable, his mild grin attracts a person, you immediately like him.” Sava Kosanovic, Tesla’s nephew, met him on one occasion in 1926 at the Pennsylvania Hotel in New York. Tesla was 70, and Sava wrote in his memoirs: “…Tesla is punctual. He appeared exactly at seven, maybe just a minute later. You notice him from a distance. He is taller than others. An incredibly elegant, noble gentleman, in a jacket and bowler hat, gloves and a thin walking stick. Gallant, smart, but not rigid. Standing straight, slender, without a trace of his age. His head is bony and resembles a marble statue. His nose is long, straight, refined. His lips are thin, tightened; his forehead is high, enhancing his eyes. Oh, the eyes! Once you see them, you never forget them. A very, very calm look, but simultaneously so deep and penetrating; it is as if he is looking at your soul. A look of mercy and gloom.“

An Interview with Milica Kesler, Archivist in the Nikola Tesla Museum

Q: Tesla was a man of style. His looks resembled those of an aristocrat and not just because of his clothes, but his behavior too. What can you tell us about it?

MK: Tesla’s father was an Orthodox priest. That means he was given an education. Tesla was not from an aristocratic family, but he came from an educated one, from the young new European middle class. He was educated in European intellectual centers, such as Prague and Vienna, and he worked in Budapest, Paris and Strasbourg. Naturally, he was influenced by the fashion of these cities, which left a mark on his future style.

Q: What did he like to wear the most? Was it white gloves and top hats? They say he wore a new pair of white gloves every day.

MK: That is a favorite urban legend of many of Tesla’s “biographers”. There is no evidence to support it, no bills, no order receipts, no documents or anecdotes. We cannot confirm such hearsay. Our Museum keeps many of his gloves. Some are white, but some are brown, olive-green, purple, grey, beige, and petroleum colors, as well. They are made of cotton, silk or leather.

MK: He had an account at “J. Denihan, Ladies and Gents Tailor“ and they ironed his clothes. Hotel laundry services washed his clothes, unless he sought the service of “Long Island Hand Laundry“; we have kept their bills.

Q: Can you tell us any particular details about his fashion?

MK: If we’re going to talk about Tesla’s fashion, it has to be said that he was a minimalist. There were hardly any special details apart from his fondness for discreet cufflinks. We don’t have any jewelry belonging to him, or anything like tie studs and watches. Nonetheless, it might be of interest to note that in addition to his hats, although he never posed for a photo in a hat, he also had very interesting models of glasses and sunglasses. Moreover, the Museum holds several of his elegant walking sticks that he used at a late age; one of them even has a silver-plated handle.

Q: Business Magazine recently published an interview with Joe Kinney from the New Yorker Hotel who said that they are planning to contact you and attempt to establish collaboration between the museum they are making in the New Yorker Hotel and your museum. Do you think this development could help with the process of popularizing Nikola Tesla?

MK: Our museum has already exhibited abroad (Perth, Strasbourg, Vienna, Vancouver, Paris, Thessaloniki, Hanover), but liaising with the New Yorker Hotel would be extremely interesting for us because Tesla lived there for a number of years. We have many of his notes that were written on the hotel’s letterhead. There is already a connection between us and them, so that project could be very interesting. We are very open to such an initiative for cooperation. We could even produce replicas of the objects we possess and give them to the New Yorker. 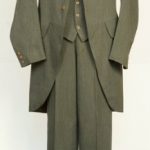 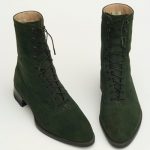 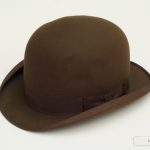 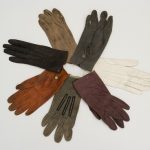 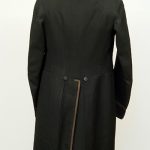 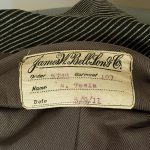 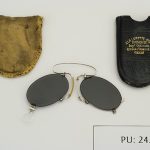 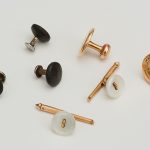 Comments Off on Tesla, Man of Style