Not just his inventions – Tesla, the man, will also be remembered in history

Travel Through Time in Tesla’s Room

Nikola Tesla spent the last ten years of his life, from 1933 to 1943, in Room 3327 of the New Yorker Hotel. Joe Kinney, an employee of the hotel, will soon announce plans to create a small museum in the hotel with an important part of it dedicated to Nikola Tesla.

Many books, studies and novels have been written about Nikola Tesla, and the significance of his discoveries has now reached world-wide dimensions. Many details from his personal life have been interpreted and explained, but the possibility always exists that yet another piece will be added to this mosaic. That is how the story about the last years of Nikola Tesla’s life, which he spent in New York, in the New Yorker Hotel, came about.

Tesla came to New York in 1884 with only his dreams and a desire to change the world. And change the world is what he did. He lived and worked in America for almost six decades. During that time, he lived in numerous hotels, but the New Yorker Hotel in mid-Manhattan was Tesla’s last home. From 1933 to 1943 he lived in Room 3327. It is also where he died on January 7, 1943. Three days later the mayor of New York, Fiorello LaGuardia, delivered the eulogy written by Louis Adamic that was broadcast on New York Radio, with Zlatko Balokovic’s performance of “Ave Maria” playing in the background, followed by the popular Serbian song “Tamo Daleko” which Tesla had loved.

In an excerpt from the eulogy, Mayor LaGuardia read:

“Here in New York, in his hotel room, a man died. His name was Nikola Tesla. Although he died a poor man, he was one of the most successful men ever to have lived. His successes are enormous, and they will be greater and greater as time goes by. Nikola Tesla could have had hundreds of millions of dollars. He could have become the richest man in the whole world — had he wanted that. He had no time for what others consider success. While he lived, he performed many scientific wonders. Simply put, he served mankind, and for those services he asked for absolutely nothing for himself. Money — he did not care about it. He did not expect gratitude from people. He did not expect a reward for what he had done for mankind. That man is now dead. His tired body is leaving us. However, Tesla still lives in his inventions, they are all deeply ingrained in our civilization…”

“Until recently, Room 3327 was no different from any other room in our hotel. In April 2009 we started working on the special ’Tesla’s Room’. We realized that advertising this room might be a good advertising move, and we think that next year there will be even more visits. The people staying in this room can be divided into three categories. The first is engineers and technological enthusiasts, the second is people interested in UFOs, time travel and telepathy, and the third is Serbs and Croats.”

Spending the night in this room, depending on the season, costs from $150 to $250, the same as for other rooms of the same category. Joe Kinney notes that in May this year they had a request by a famous film star to stay in Tesla’s room. “Making a movie on Tesla might be in the works, we’ll see…” Kinney secretively observes.

In 2007 Bozidar Djelic, the Serbian Deputy Prime Minister, stayed in Tesla’s room and at that time presented Joe Kinney with an autographed copy of his book, “Serbia: Things Will Get Better”.

“We are planning to make a small museum in the hotel and an important part of it will be dedicated to Nikola Tesla. We would like to procure some exhibits from Tesla’s museum in Belgrade, so that we can display them here. The large number of tourists coming to New York will be able to become better acquainted with this scientific genius,” says our interviewee.

Kinney reminds us that when Tesla became a permanent resident of the New Yorker Hotel his fame had already started to decline. Nevertheless, Tesla was visited in the hotel by his relatives and by journalists coming to interview him. Of course, there is the famous photo of King Peter II Karadjordjevic taken on July 15, 1942, when he visited Tesla in his room.

Tesla was also visited by representatives of the Westinghouse Company following his car accident in 1937 at the age of 81. Remembering what Tesla had done for their company, they decided to pay for his room and other expenses for the rest of his life. Tesla also received a small pension from the exiled royal Government.

Asked how he would describe Tesla, Joe Kinney says:

“Tesla was a man who made a unique technological contribution to society. However, considering that his contribution to society was more important to him than helping himself, he died relatively poor and alone. Now he is becoming more and more famous and recognized. As is the case with many great composers and painters, history will appreciate him more than his contemporaries did and will place him higher than we was while living. The other aspect of the story about Tesla is his multiple talents: he was a first-rate mechanic and technician who refined his work. He was also a first-rate inventor and researcher who made huge advances for science using conventional methods in his research. He was also a visionary and a dreamer with bright flashes of great technological advancements. Likewise, he was a great showman and educator who impressed both professionals and ordinary viewers with fantastic demonstrations of his achievements.”

What do you consider Tesla’s greatest discovery? Joe Kinney says:
“The greatest invention of Nikola Tesla was — Nikola Tesla. He revealed himself to the world and, as such a visionary, served as an example, more unique and valuable than any of his discoveries. When history has truly understood Tesla, he will be remembered not only for his inventions and patents, but also for his personality.”

Owing to Joe Kinney’s astute personal involvement and the understanding of the hotel management, today there is a Tesla’s Room in the New Yorker Hotel.

Joe Kinney was born in 1950 in Nashville, Tennessee. His first knowledge about Nikola Tesla dates from secondary school, where he and his fellow students learned about electricity and made Tesla’s induction coil. He graduated in biology from the Christian Brothers University in Memphis, Tennessee in 1972. He began working for the New Yorker Hotel in July 1996. Today he has the position of the Senior Project Engineer.

Joe Kinney is a man who sincerely admires Tesla’s scientific and engineering achievements. He has acquired much of his knowledge about Tesla at the hotel where he works, as well as by having the privilege of being able to visit Tesla’s room whenever it is free. The hotel also keeps Tesla’s photographs taken between 1933 and 1943. Joe Kinney is a Board Member of the Tesla Memorial Society in New York. (www.teslasociety.com)

”The New Yorker Hotel is celebrating its 80th birthday on January 2, 2010, but plans for a celebration have not yet been set,” Joe Kinney notes for Business Magazine.

The hotel was opened on January 2, 1930. It had 43 floors and 2,500 rooms, two big ballrooms, 10 private dining rooms, five restaurants and 35 chefs. The barbershop at the New Yorker was the biggest in the world — it had 42 chairs and 20 manicurists. The construction of the hotel cost $20 million. Today there is a commemorative plaque on the hotel stating that Nikola Tesla lived and died there at the age of 87. The plaque was placed with the aid of Dr. Ljubo Vujovic, Secretary General of the New York branch of the Tesla Memorial Society, and the Serbian Orthodox Church, on July 10, 2001, on the anniversary of Tesla’s birth.

The hotel that was once synonymous with first-class luxury, where popular baseball star Joe DiMaggio and Senator John F. Kennedy stayed, as well as boxer Muhammad Ali, Cuban leader Fidel Castro and many others, wishes to regain its former fame and glory. More recently, one of the hotel ballrooms was used by Senator Hilary Clinton in her presidential election campaign in February 2008, and the hotel underwent an impressive $65 million renovation that was completed at the end of 2008. 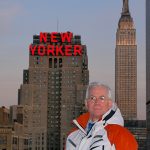 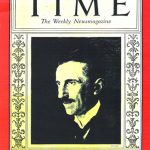 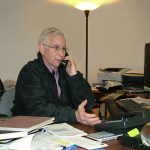 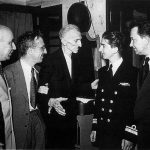 Comments Off on Not just his inventions – Tesla, the man, will also be remembered in history