From the New Yorker Hotel in Manhattan, where Nikola Tesla lived, Dr. Ljubo Vujovic, Secretary General of the New York branch of the Tesla Memorial Society, sent an appeal to Belgrade, Serbia, to the Serbian government and to President Boris Tadic…

“For several years, but without much success, the Tesla Memorial Society has been working on the declaration of a day in honor of Nikola Tesla, which would also be known as the World Day of Science, Progress and Peace among all nations and religions of the world. We started this project in 2002; together with our sister organization in Australia called the Tesla Forum. Our wish is that Tesla’s birthday, July 10, be declared the World Day of Science. We have collected a large number of documents that you can see on our website: http://www.teslasociety.com/ . The Serbian government needs to send an official proposal to the United Nations to vote in the General Assembly, as we were advised by Kofi Annan, former UN Secretary-General.

For us it was a great source of motivation and inspiration when July 18 was declared Nelson Mandela Day – the Day of Peace in the world. July 18 is Nelson Mandela’s birthday. It gave us encouragement, because the procedure was the same as Kofi Annan mentioned to us: one of the UN member states should submit a proposal to a vote and that’s all. Since Yugoslavia, now Serbia, enjoys the sympathy of the Third World, we believe that this project could become successful. However, there has been no official initiative from Belgrade yet… “- says Dr. Ljubo Vujovic.

It is unnecessary to say how meaningful the declaration of Tesla’s birthday, July 10, as the day of science in the world, would be for Serbia’s image. Serbia would then be accorded the respect and popularity of a country that has given a number of notable scientists to the world, including Nikola Tesla, Mileva Maric, Mihailo Pupin, Milutin Milankovic and many others. This is very important both for Serbia today and for the future of the country.

Dr. Ljubo Vujovic has dedicated 40 years of his life to researching and promoting the work of Nikola Tesla. He is the editor of the Tesla Memorial Society website: http://www.teslasociety.com/. This site contains a wealth of information, photos and documents about Nikola Tesla, Mihailo Pupin, and Mileva Maric. The site has been visited by over a million and a half people. The largest number of visitors is from America, followed by India, Britain and Canada.

Dr. Vujovic is the author of the documentary film “Nikola Tesla – the Genius Who Illuminated the World,” created in collaboration with the Nikola Tesla Museum in Belgrade. The film won recognition internationally as the world’s best documentary film about Tesla. Dr. Vujović is the author of many articles about Tesla, and he has also participated in numerous television, radio and newspaper interviews on the topic of Tesla’s work, as well as on Serbian culture. 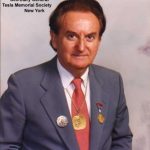 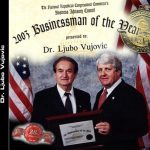 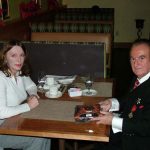 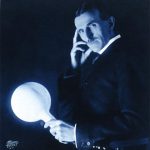