05-Jul-2018
At the upcoming event Days of Diaspora, a journalist and a writer Marina Bulatovic received a high award – the Medal and Certificate for the promotion of the Tesla’s name and nation.

On behalf of Marina Bulatovic, a long-standing member of NUNS, who lives in Canada, recognition will receive an actress Iva Štrljić at the Singidunum University in Belgrade, on July 7. She will read the passage on Tesla from Marina’s book “Nina of Arabia”.

Marina Bulatovic has deserved this award for many years of her work – the promotion of Nikola Tesla in the world. She has volunteered for many Tesla associations across America and Canada.

Among others, Miroslav Michael Djordjevic, the prominent businessman from the United States and the President of Studenica endowment will speak at the meeting, as well as Nikola Loncar, the President of Tesla Science Foundation of Philadelphia, and the Ministers of Culture and Information Vladan Vukosavljevic, and Social Policy and Employment, Zoran Djordjevic, along with a number of local historians, experts in the IT sector and technological development and others.

Days of Diaspora are organized by the US and Serbia Tesla Science Foundation, Singidunum University and partner organizations of the diaspora and Matica. 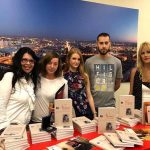 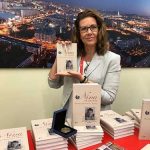 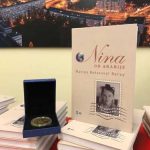 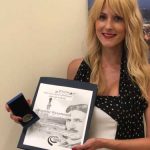