Saudi Arabia through the lens of a Belgrade married couple

Shortly after marrying two years ago, Marina and Budislav Bulatovic left Belgrade and moved to Jubail in Saudi Arabia for professional reasons. Now that they are attached to their new country and the work and life they started there, they wanted to share some moments of their fascinating life at the exhibition “Saudi Arabia Through My Lens“ – that will run until November 15 in the Robna Kuca Beograd building on Terazije.

Budislav, a construction engineer, works for the American company Bechtel, but has had a passion for photography since he was young. Marina was a communication consultant in marketing in Belgrade and now is a freelance journalist.

“I grew up in Belgrade and graduated from the University there. It is the city of my childhood and youth. I miss Skadarlija and Dorcol, where my mother and sister live, and my friends. Sometimes I miss “burek“ cheese pastry from a small Belgrade bakery,“ says Budislav for “24 Hours.“

He notes that when you move from one country to another, you have to take advantage of the opportunity to get to know the new place. Marina says she misses the National Theater in Belgrade, where she would like to see the play “Velika Drama“ a few more times.

“At the beginning of the 1990s I began working for one of the first PR services in Serbia. I found out that the first PR manager in Saudi Aramco Company dates from 1950. From this time and distance I began to look differently at my own success. What we consider success locally does not necessarily mean that it is also global,“ says Marina.

The Bulatovics were married in Belgrade on September 23, and later learned that this is Saudi Arabia’s National Day. “Every September 23 they have a huge celebration, so we don’t have much choice but to join them” say the Bulatovics.

The photographs at the exhibition present ordinary people, with photos taken at the Heritage Festival, in cafes, and at exhibitions. They present craftsmen, dancers, artists, fishing boats and Arabian coffee pots.

Saudi Arabians resemble us more than many Europeans
“Saudi Arabia and Serbia have many similarities, but are also different in many ways. Their household help is male and comes from India, Nepal, and Bangladesh. Only men drive cars in Saudi Arabia. Taxi drivers are very quiet, almost never talking to the customers, they just drive. The roads are covered with asphalt in such a manner that they resemble airplane runways more than the roads that we are used to. Saudi people are hospitable just like the Serbs, the only difference is that they will greet you with Arabic coffee and dates, not with “slatko“ (fruit preserves) and water. They like good cars and they spend lots of time sitting in cafes. Women work in many places: as doctors, dentists, teachers, journalists, artists. Serbs and Saudis have a similar mentality. They resemble us more than many of our European neighbors,“ says Marina.

Facts about the Kingdom of Saudi Arabia (KSA)
• It is located on the Arabian Peninsula and consists of 13 provinces.
• The Red Sea is to the west and the Arabian Gulf is to the east.
• Religion: Islam. Saudi Arabia is considered to be the cradle of Islam.
• The two most sacred Islamic destinations, Mecca and Medina, are in Saudi Arabia.
• KSA is the world’s largest exporter of oil. It has one-quarter of the world’s oil reserves.
• The capital is Riyadh and the official language is Arabic.
• King Abdullah bin Abdul Aziz reigns over the country, but he is also its prime minister.
• Independence and union were proclaimed on the September 23, 1932.
• Population: over 24 million. 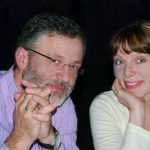 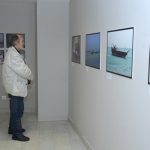 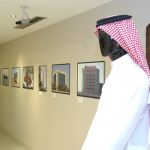